While the Tuskegee Experiment gets a lot of credit for how Blacks were mistreated in healthcare, it was the Jim Crow South that laid the foundation for disrespecting treatment of Blacks by healthcare providers. Those were challenging times when the "Negro" was expected to respected Whites while being disrespected. This disrespect included not looking a White person directly in the eye, walking on opposite sides of the street from White people, and having separate and dirty drinking fountains and restrooms

As an African American Baby Boomer who frequently visited my family in the south as a child (Dothan, Alabama), I saw firsthand, this hurtful and disrespectful treatment. What stayed with me was how my Grandfather had to lower his head and put aside his pride to address White People as Sir and Ma'am while they responded to him as "boy." This behavior was hard to accept, given that he was a college graduate and well-respected Baptist Preacher with five sons.

I saw how my Grandmother had to respect her younger White domestic employer by referring to her as Miss..., while she responded to my Grandmother by her first name, Katie. She also referred to Black men as boys.

As a result, I learned during my upbringing that I was expected to address my parents, elders, or anyone in authority with..."Yes/No Sir, or Yes/No Ma'am". I was also taught to NEVER address an elder or superior, of any race, by their first name, it was either Mr... or Miss...

I also learned the importance of using respectful communication techniques during my time in the military where you had to address superior officers properly or run the risk of being charged with disrespecting a superior officer.

Now fast forward to today where I teach this communication technique in my seminars and when addressing Black patients who I interact with during discussions regarding medical devices for cardiac arrhythmias. The response has been fantastic as the patients find this form of respect endearing and is reflected in their Patient Experience Scores.

I also observed, firsthand, a Black physician from the Jim Crow South use this same technique with his patients, and the results were outstanding. I also watched his practice grow into one of the largest in Michigan.

Interestingly, he also took this communication technique one step further and addressed his elderly Black female patients with the endearing term "Mother." That showed steroid- level respect for his Black elderly female patients, and I would observe in amazement how they would hang on his every word and do anything he wanted them to do for their health and well-being (talk about compliance). They thought of him as a "good boy," and he loved it! 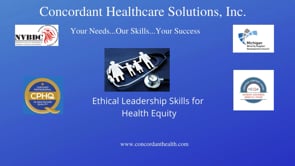 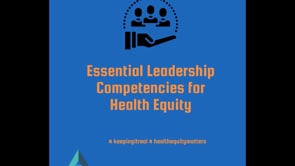 The Health Advantage of HBCUs